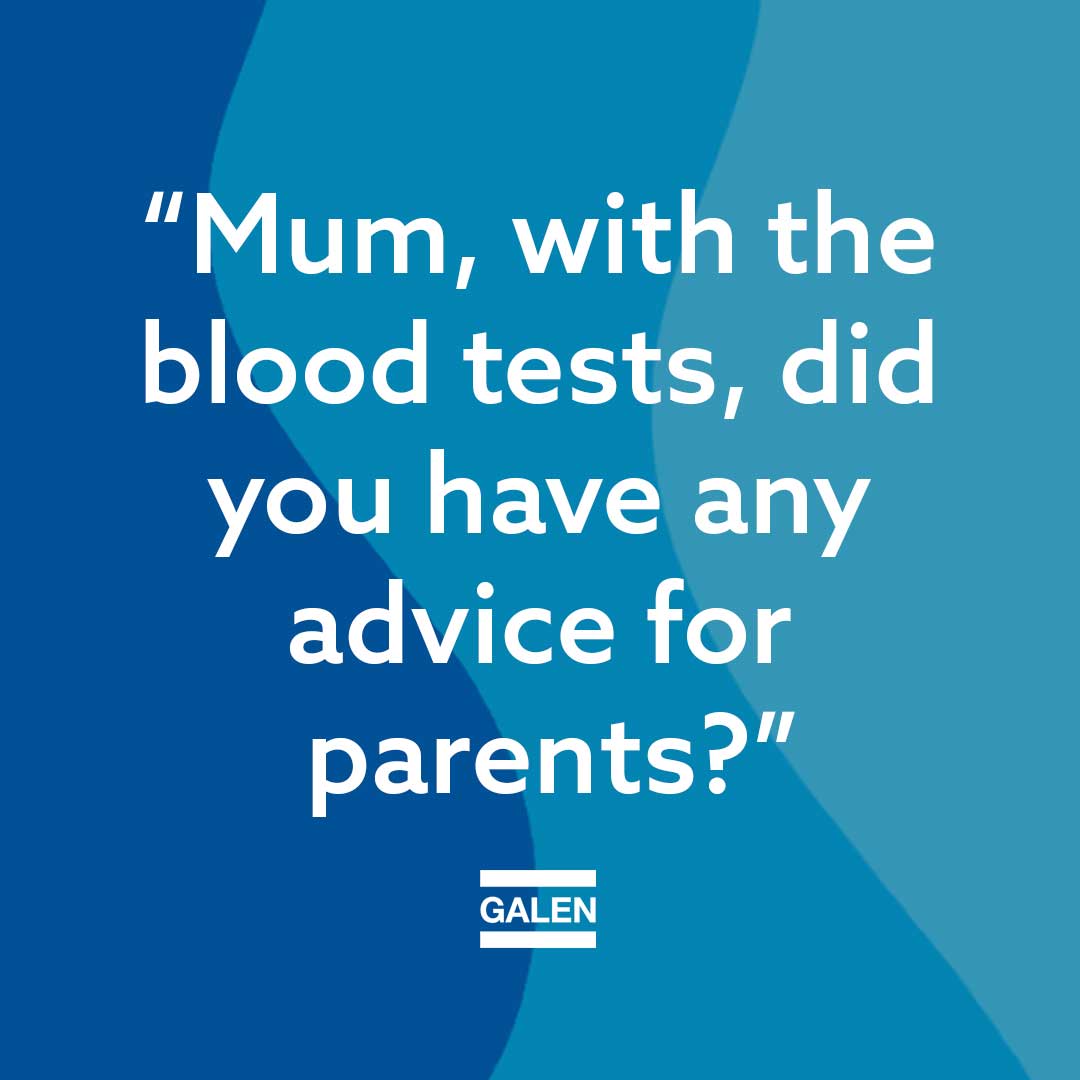 Hello everyone, my name is Clair Willcocks, I am 27 years old and I am Galen Medical Nutrition’s new PKU blogger. I am an adult with PKU and I was diagnosed with Classical PKU 8 days after birth. I am on 5 exchanges of protein a day and currently taking the PKU EASY Microtabs substitute 6 times a day.

In my last blog, I was talking about blood levels and tests, how the symptoms of high blood levels are so hard to determine and that doing blood tests is the only tangible away to get feedback on the diet. It made me wonder how my parents found blood levels, taking blood from a small child can’t have been easy, on top of everything else that comes with having a child with PKU.

My mother, Maria had this to say: 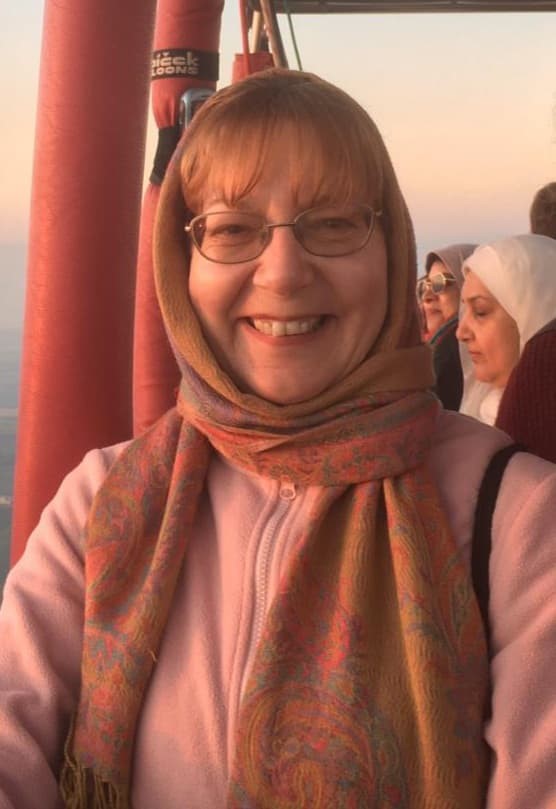 “In one sense, on a practical level, blood tests were no big deal. I was not squeamish about pricking you or drawing blood and you co-operated. The click pen wasn’t painful. Sometimes it was hard to get enough blood. The difficulty was the delay in getting the result meant it was hard to tie up cause and effect. You were never on the low side.  We weighed and measured and so didn’t think we could do any more. Levels used to be between 500-700 µmol/L. The metabolic doctor was ok about it so long as you didn’t go over 700. I don’t think we understood the link between having all your drinks and being able to keep the levels down.

We noticed once when you were very ill with flu that your level went up to 1200. But again, by the time we got results you were getting better so it was all rather academic. I don’t think we understood the link between high levels and behaviour. Generally, your behaviour was not a problem. As in you didn’t have strops. I think it was more about you being very tired and unable to think straight. Going to bed was the default treatment to save your energy.  When doing the DLA forms there was a lot of emphasis on doing blood tests.  But that was to show what treatment was needed before it was accepted that the diet was treatment. You were always on 3grams of protein a day and we didn’t alter that no matter what the results were. The blood tests just confirmed you still had PKU and we had to stick to the diet not relax in any way. To be honest I don’t really remember much when you were little apart from “drink your drink” and we could never get you to drink enough!”

“Mum, with the blood tests, did you have any advice or recommendations for parents?” 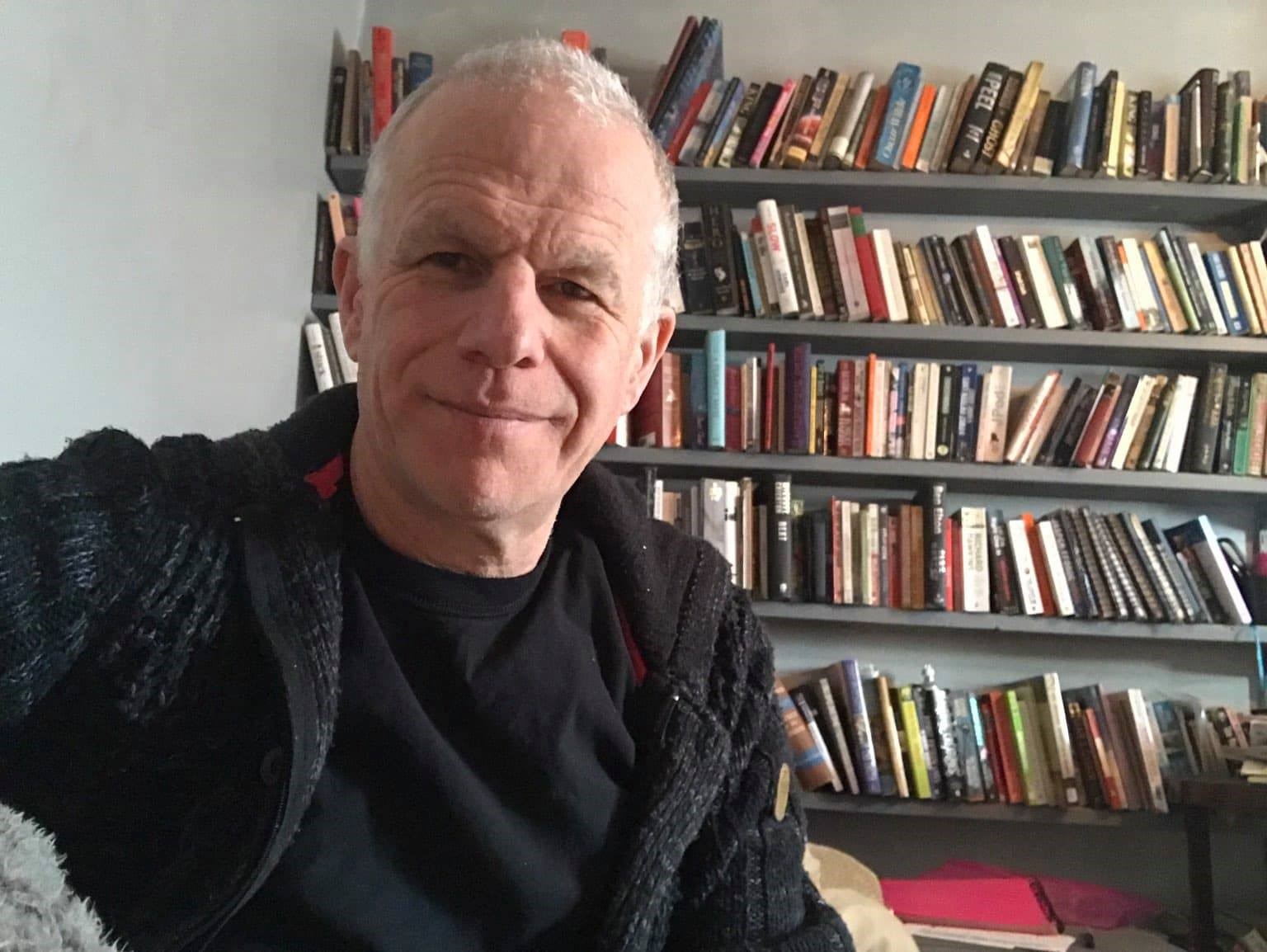 “Because I was a nurse, I put a lot of pressure on myself to do right for you and to know what I was talking about. Doing your blood test as a baby wasn’t too difficult because it was on the heel and just became a routine part of being a good parent but it was mostly just unpleasant. I had thought I done well, managing for you to be born at home with no medical intervention but then I realised that having a baby with PKU meant it was exactly the opposite and I would always have to do medical intervention, I have to stick a needle in you every week and feed you chemicals! The blood test was a weekly reminder of that.

Waiting for the result was even worse, it was like a test if we were good enough parents being given a score as to whether we failed or passed, whether we’d made you ill and possibly giving you some irreversible brain damage or if we were doing okay.

Did your behaviour change dependent on your levels?  I have absolutely no idea you were really fun kid, you were emotional, moody, incredibly happy, sometimes angry.  I was worried that the blood levels would somehow affect you but honestly I would say you can’t live your life worrying like that every child is different and changes week to week.

I’ve just done the whole thing with joy and fascination, I quickly learned that the best way of dealing with the blood results was to, yes accept the feedback about your diet but Not to take those results as the most important thing in our parenting.  Whatever the result was, what was more important was your happiness that we loved you, and to enjoy every moment that we had with you which is exactly what I did!”

“Dad, what advice would you give to parents when dealing with blood tests?”

I would say to any parents going through it that it’s useful beforehand to decide who is going to be the catcher and holder of your toddler and who is going do the test.

Preferably the one who is going to be the least emotionally affected by the trauma of doing it you just have to be honest with yourself about that. Importantly, it does get easier as the child understands what’s going on!

Reading these both and reflecting on my own experiences, I do of course remember my parents taking my blood levels and talking me through how to do the blood tests and honestly, I just always found it really fascinating and don’t have any traumatic memories of it! I always remember as a child my doctor describing my blood levels and the targets as “the high range isn’t the ideal goal, it’s like hitting your head on the bar, you need to be walking under the bar to be comfortable.”

As an adult, I feel my dad’s anxiety about how the levels can feel like a summary of how well I’m ‘adulting’. I always seem to take them very personally, for me they seem to represent, whether I have failed or succeeded in my life. I don’t think there’s anything else in ‘normal’ life that really has a number to define who you are and how well you are doing except maybe weight and dress size. In the times when I think I’ve had a great week of eating correctly but the blood level still comes back higher than expected, it can really be frustrating and upsetting when you thought you were doing so well. Which is also summed up beautifully by my mum, that it is still hard to tie up cause and effect with the diet due to the delay with getting blood results back, means you are always reacting to rather than acting upon. It was great to hear both my parents’ experiences and I think it was interesting for them to think back on how they found it vs what I remembered. In my next blog I want to explore how blood tests could be so much better for everyone who has to live with PKU.