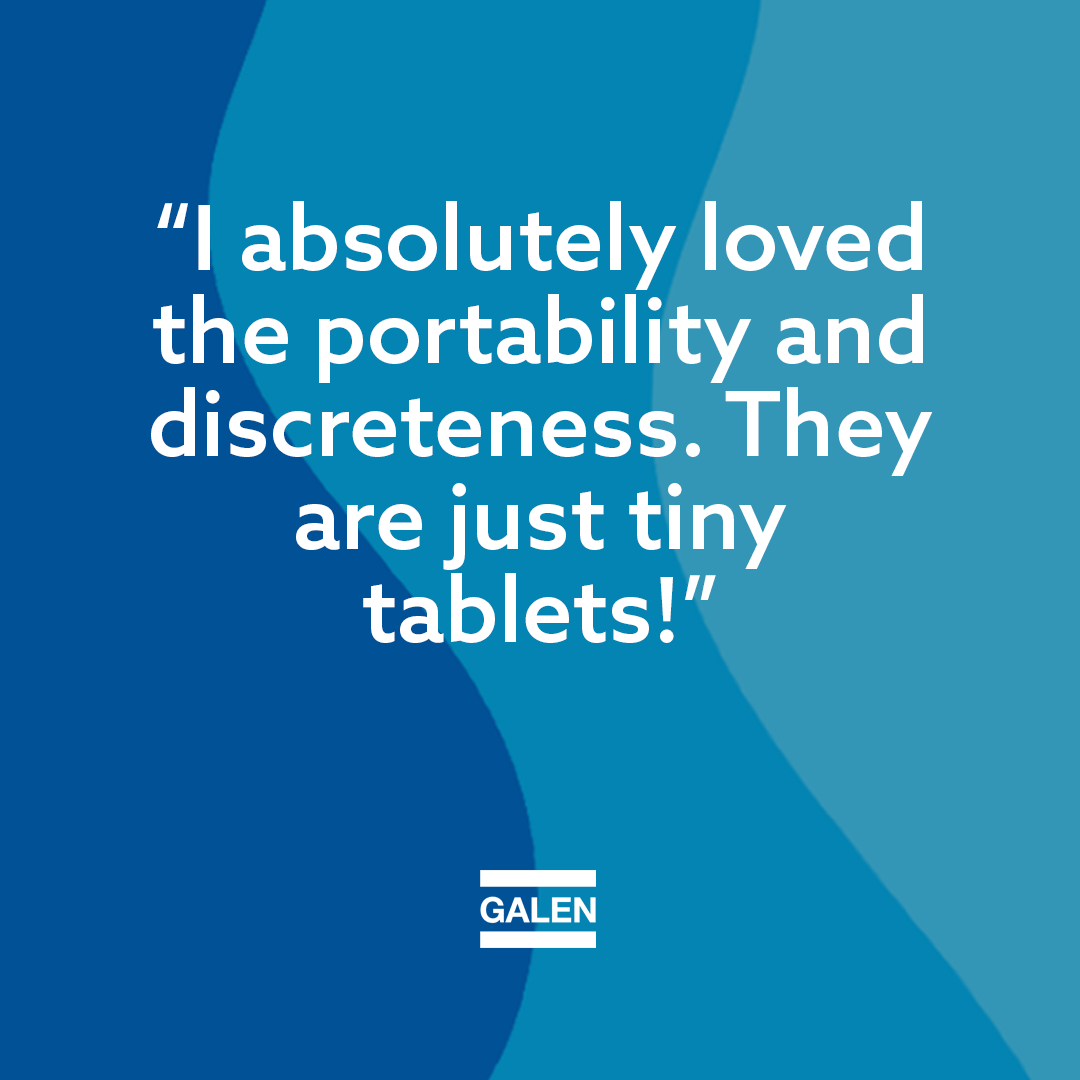 Hello everyone, my name is Clair Willcocks, I am 27 years old and I am Galen Medical Nutrition’s new PKU blogger. I am an adult with PKU and I was diagnosed with Classical PKU 8 days after birth. I am on 5 exchanges of protein a day and currently taking the PKU EASY Microtabs substitute 6 times a day.

I’ve been good friends with Soheb for several years now, we met through twitter and through the medium of tweets, we discovered that we have similar exchange tolerances, blood levels and substitutes, which in the PKU world means you quickly stick to each other like glue. Over the years we’ve talked about all sorts, whether it’s gaming, films, computers, our latest PKU finds or just ranting about our clinics. So, I was very excited when I saw his tweet earlier in the month, saying that he has finally received a sample of the Microtabs, as I have of course been raving about them in both my blogs and on social media! I thought this would be a great opportunity to do an interview style blog to get another opinion on life with substitutes, PKU and of course the microtabs. 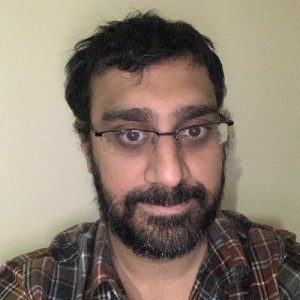 Please tell us a bit about yourself, age, current job, what game are you currently playing and what’s your favourite game? What’s your current exchange allowance and substitute?

Hello! My name is Soheb! I’m 33 years old, and I’m a Senior Software Developer! As you probably guessed from the question, I do like to play videogames as a hobby! I’m currently playing Resident Evil 7 as I bought it a while ago on my PS4 and I completely forgot I owned it, so I’m trying to clear down the back catalogue of games.

As for my favourite game – there is quite a lot, but if I really had to pick one, it would probably be GTA Vice City – the in-game radio really exposed me to a lot of different genres of music that I still try to expand on to this day!

Finally, my current exchange allowance is 6 exchanges. My substitute before today used to be 4 PKU Spheres, but I’m now trialling Galen Medical Nutrition’s Microtabs, and I’m hoping I can use them to replace a PKU Sphere.

What is the hardest thing about following the PKU diet as PKU adult?

For me I would say trying to follow the same diet regimen every day and not finding it monotonous or tiring. There is a phrase I’ve learned a while back – ‘Fear of missing out’ or FOMO for short. As I get older, I think I get food FOMO – I would like to try all these different dishes and experiment a little to break from the monotony of the diet. But every time I do, my levels go right up and pretty much nip the experimentation/spontaneity bud right out.

What do you enjoy the most about being a PKU adult?

By being aware of my diet and my state of mind (so I can get a good guide on my phe levels), I’ve become a lot more self-aware and in tune with my body and understanding what really makes me tick. It sounds quite silly and ridiculous, but as I get older, I appreciate having that skill more and more. It also means I’m a lot more aware about my health as I also have access to health professionals who check up on me annually, so I can rest assured that I know I’m being taken care of by professionals.

How well would you say you stick to the diet?

I would say I’m like any other PKUer who takes the diet seriously, I do my best to stick with it. I have the odd day when I fall off or look the other way as I have just a few more exchanges than I normally do. But in general, I tend to remind myself of the benefits and the joys of sticking to the diet – better mental health and wellbeing, and just being happier and more relaxed in general.

How well are you taking your substitutes?

Ah now that’s a good question! I genuinely thought for the longest time I was taking every single supplement, and then was completely baffled when I’d have high phe levels and my diet was well controlled. My dietitian suggested I might have been either skipping or missing my substitutes, which I found unbelievable until recently I put out 4 PKU Spheres on the kitchen counter. Turns out every now and then I really do forget about the 1 PKU Sphere after dinner and without having them on the kitchen counter I would forget, and my levels would rise. Every day is a learning opportunity!

What is your favourite thing about your current substitute?

I would probably say the portability of it. The berry flavour is also very nice, but it’s the only flavour I really get along with (the others are either far too sweet for me or far too nasty for me to taste), and with the PKU Sphere as it is a GMP drink it doesn’t have the bitter acidic taste like their previous products.

What is the worst thing about your current substitute?

Preparing it. At best I feel like Walter White pouring a mysterious white powder into a beaker (only for that mental image to vanish as I add water to it and watch it turn pink after a few shakes). At worst in my haste to open the sachet I’ve ripped it open and got a good chunk of white powder all over myself. I consider myself lucky to have such understanding friends and work colleagues given how often it happens.

What would be your ideal substitute format, if you had a magic wand to make it into anything you wanted?

If I could make my ideal substitute format, it would be portable, but doesn’t make a mess and doesn’t taste foul. If I could really push it, I would try to make the amount of it as little as possible so I can spend less time taking protein substitutes and more time living my life. 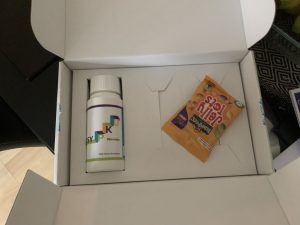 What were your first impressions of the PKU EASY microtabs when you received them?

I was a bit overwhelmed by how many tablets I had to take at first. However, given when I was a young kid, I was offered a chance to have a supplement that on the first day gave me 2 tablets to take, then 4, then 8, then 16 etc until I had to take a comical number of tablets. In comparison to that childhood experience, the microtabs didn’t feel quite so bad as that. It also seemed a lot more as the lid is quite large, but the amount in comparison is manageable.

I absolutely loved the portability and discreteness. They are just tiny tablets! People may be bemused by them, but I would feel more comfortable taking them in public as I think to strangers, they appear better than the weird white powder that I have to put in a beaker and shake up.

I think I imagined it in my head that these microtabs were so tiny I could just take them with a bit of water, and I would be done for the day. Unfortunately, it needed a bit more water than I initially planned/prepped for. With that said, I’ve had all sorts of teething problems with new supplements, so I suspect it’s just an adjustment phase. So far, nothing has thrown me off sticking with the microtabs.

Overall, did they meet your expectations?

Truth be told I just tried them today so I’m still trialling out the microtabs. However, I have a lot more pros than cons from my first attempt so that’s incredible! Also knowing the amount is unlikely to change like my previous experiences with tablets has left me feeling a lot more positive with the microtabs.

I don’t think I’ll make a full swap to the microtabs as I know my PKU Sphere has all the vitamins and I really appreciate that. However, going down from 4 to 3 PKU Spheres is what I’m most excited for. I’m also looking forward to more innovations in the PKU supplement area – the Galen Medical Nutrition microtabs is already great.

If PKU companies like Galen Medical Nutrition could do anything to improve the quality of life when it comes to PKU what would that be?

Keep on improving the flavour and the texture of PKU supplements while minimising the amount we must take. I’m aware that’s like asking for a purple squirrel, but I think it’s important to at least nail 2 out of the 3 things.

Also, if Galen could step into other aspects of PKU outside of dietary needs and provide a home testing kit, this would drastically improve the QoL for PKU patients. Currently we ship off our bloods to a lab and then get the results days and sometimes even weeks later. Having a home testing kit which can process the result in hours would be such a drastic life changer I cannot see how anyone with PKU would not take up that product.